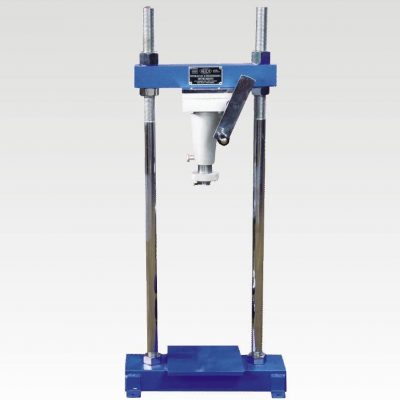 Buildings, roads, highways and bridges,  are constructed on soil.

To ensure optimum quality of construction and longevity of the structure, the soil undergoes multiple tests to verify its quality and ability to bear load that the constructed structure is expected to exert. Based on nature of soil, the behavior under prolonged load conditions will vary. One of the qualities that needs to be tested is the strength of the soil. This is usually done through a triaxial test.

What is Triaxial testing of the soil?

The triaxial test is a geotechnical test used to test the mechanical properties of the soil. A sample of soil is put under pressure till the point of shear. The test, usually tried on undisturbed high-quality soil, is used to measure qualities such as shear strength, cohesion, and dilatancy stress. The size of the samples used for testing vary from 38mm to 100mm and even larger sizes can be measured using the correct set of equipment. The main principle of the test as mentioned earlier is to subject the samples to stress in an attempt to find it maximum limits.

Why do we use triaxial testing?

When it comes to testing soil, triaxial testing is one of the most preferred tests done. The test is a favorite among other for the fact that not only can it prevent drainage of specimen but also helps measure the pore pressure, permeability, and stiffness among other things.

Triaxial testing is commonly used to solve problems of earth dams, tunnel linings, cut slope failures, and first-time slope failures and the analysis done for these problems is either the measure of total stress or effective stress.

What are the types of triaxial testing?

Unconsolidated Undrained test: Known as the ‘quick test’, it is a simple soil test where the specimen is subjected to cell pressure with no provisions for drainage. For this setup, a constant cell pressure is applied and the deviator pressure on the soil increases till the point of failure.

Consolidated Drained test: This test is known as the slow test or drained test, and in this setup, the deviator stress is applied as the soil is drained. The cell pressure remains constant and excess pore pressure creation is avoided by slowly applying the rate of loading. The specimen in this test is enveloped in the membrane and lateral pressure applied till the point of failure. The main motive of using the slow test is to measure the readings of angle of internal friction and cohesion in the soil samples.

Using triaxial soil tests is one of the most commonly used methods to assess the quality of the soil and is further used to determine the usability of the same.